After our rock climbing adventure, we headed to Kep to chill out at the beach for a couple of days or so we thought. The place we were staying was nice enough, it was traditional style accommodation in wooden buildings raised off the floor, and much cleaner and well kept than High Tide had been. Unfortunately the roof was metal making it almost unbearably hot from the sun even in the early morning and with the fan in the room on.

There was a nice little restaurant run by the owner’s wife and she provided a laundry service as well. The next day we set out for the beach on some bicycles we had rented from the owner of our accommodation, the bikes weren’t great, but we have ridden worse and the roads were pretty quiet, at least until we got closer to the beach.

We found the beach quite easily, it was right next to the road after all and even as we were walking our bikes trying to find somewhere to lock them we had calls of tuk-tuk in our direction. The beach itself was a thin strip of sand full of rubbish and the sea didn’t look all that clean either. Just to find a spot to sit we had to try and clear some of the rubbish.

The beach was quite a busy place, not quite what we had been hoping for, mostly with people trying to sell us things (including children) but there were also a few groups of kids which we found out were school kids when they started asking us questions. There were also some people fishing and most of the people going in the water went in fully clothed.

I guess this was more of a genuine experience of beach life in Cambodia and while usually I wouldn’t mind that, or even be interested, we were really after some days of relaxation, which we just could not get at that beach.

So we changed our plans, the beauty of being on a long term travel journey, and decided to book some accommodation at Otres Beach, which we had heard was much quieter and more idyllic, right there on the beach. I must have really been put out cause the only picture I took during the whole experience was this sign on our way back to our accommodation. 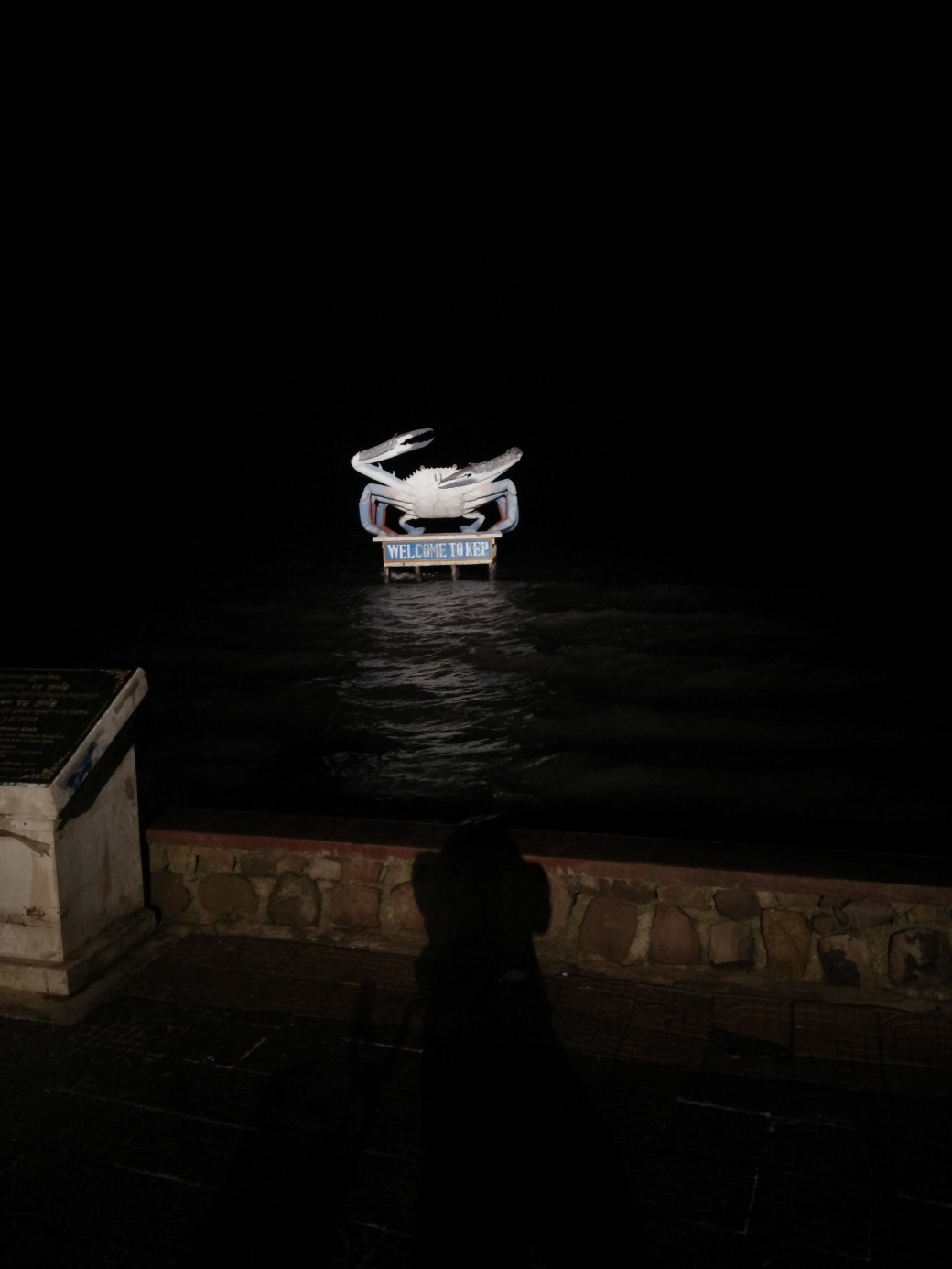 As you see on our way back to our accommodation it was actually dark as we had eaten our dinner before returning. The only problem with that was that only one of us had a light on our bike, and once we left the main road we were in the pitch dark on a potholed dirt road with one light between us. Towards the end of our ride I got off and walked because it was my bike that was without the light.

When we got back to our accommodation it wasn’t actually that late and the owner was kind enough to help us book a bus to Otres beach for the following day.

After retrieving our washing about 10 minutes before the bus arrived (they had some trouble drying it in the humidity) we boarded with our bags right outside the accommodation. It turned out that that bus was just to take us to the depot at the centre of town. About an hour later we boarded our actual minibus.

All I have to say about that trip is that I am glad we splashed out to get from Siem Reap to Kampot cause that journey was like being in a crushed sauna.

We made it, and after a little searching found our next accommodation which was more like a little village of beach bungalows. It also seemed pretty much deserted. Inside the bungalow itself was pretty comfortable, especially as it had air conditioning, but also a weird chimney thing that was open to the air, which we thought was a bit odd. Also at one point I saw a centipede making itself at home in the bathroom mat, which made me a bit paranoid, but bugs get everywhere so what are you going to do.

The complex had a pool that looked really cloudy so we didn’t go in and a restaurant, which we tried out, but it wasn’t anything special.

The main attraction was that it was literally across a dirt track of a road to the beach. We had to go through what looked like a closed and abandoned restaurant to get there but we didn’t mind that.

The beach was exactly what Kep had not been; quiet, clean and beautiful. We had breakfast at one of the beach-side cafes and then were able to use their loungers. It was such a contrast and exactly what we needed to recharge our batteries. 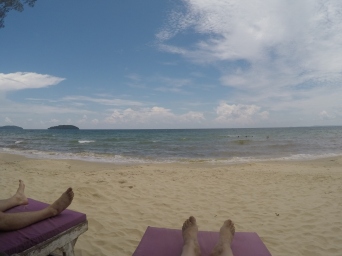 We did still get a few people trying to sell us things (especially women trying to give me a manicure or thread my legs) but it was a fraction of the amount from Kep and we didn’t mind. We even went out into the sea, taking our valuables with us in a waterproof bag as I had heard a few accounts of things being stolen on these beaches, what do you expect with it being such a poor country.

In the evening we saw the most fantastic sunset on our way to dinner. Clearly we weren’t the only ones who thought so since we saw more people on the beach taking photographs of it than we had through the entire day. 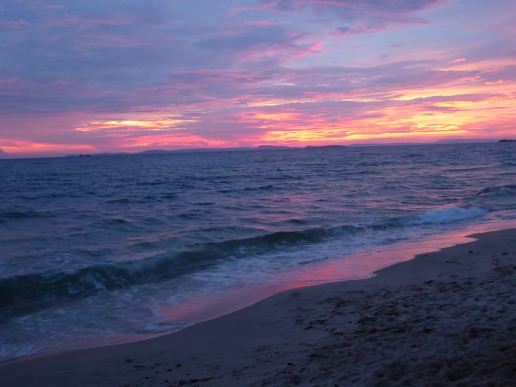 We had a lovely dinner, although it was rudely interrupted at one point by a whole load of flying ants diving into my food. As soon as we mentioned it to the waiters they moved us, and my food was salvageable, so no harm done. I think we had been sat under a nest. As we had our dinner the sun continued to sink and become even more beautiful, I don’t think the camera quite did it justice. 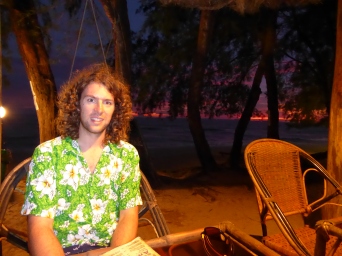 Refreshed and recharged the next day we headed off in a truck based tuk-tuk to Sihanoukville to get our bus to Phnom Penh. It is just as well we took this time out given the emotionally draining days we had to follow.