We were slightly ambitious on our second day in Singapore, we had decided we wanted to go to the aquarium in the morning, the zoo in the afternoon and finally the night safari in the evening. We had underestimated how long we would spend in the aquarium so we actually only made it to the aquarium and night safari.

We made our way back to Sentosa Island again, although this time our lovely host was able to join us and since there were three of us now it was cheapest to get a grab car across to the island. We had arrived fairly early in the morning so there wasn’t a huge queue to get in, but the aquarium did get busier and busier the longer we spent there.

There were the usual tunnels and tanks, but there was also a great deal more. We had all underestimated quite how big the place was and we were incredibly surprised when we entered a room with the biggest tank we had ever seen. The tank was full of sharks and different types of ray including three manta rays (which according to my husband is no longer the technical name for them but it is the name that most people will recognise). There were also several things which looked half way between a shark and a ray, but apparently they are from the same family so that makes a lot of sense. 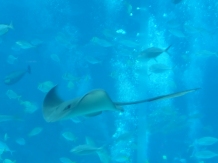 We took our time browsing through all the colourful fish and amphibians; my husband was having a particularly good time as he is obsessed with fish. Rather than describe the varieties we saw it will probably be easier just to show you some of the many photos that we took. 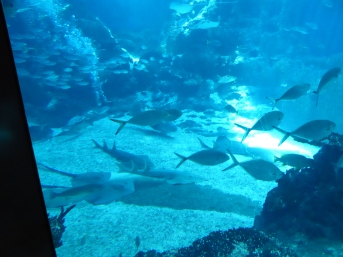 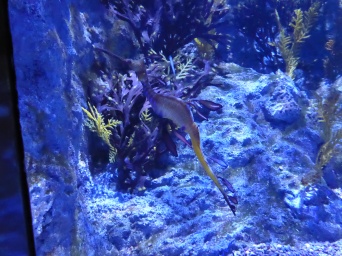 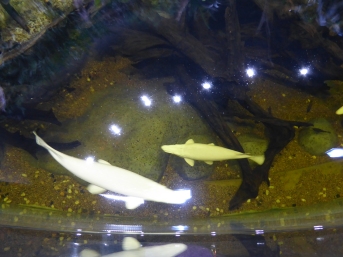 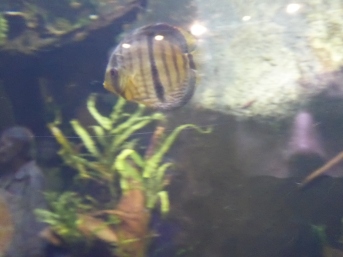 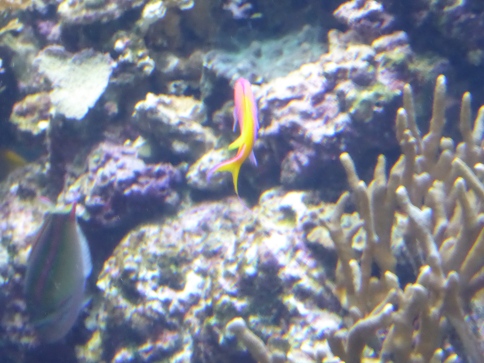 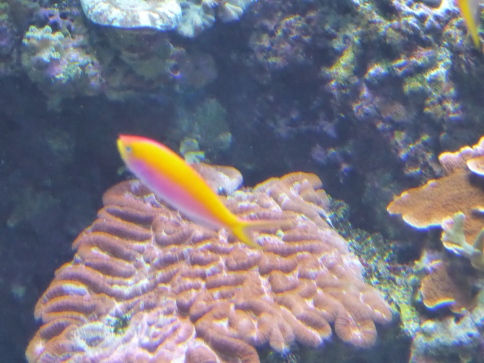 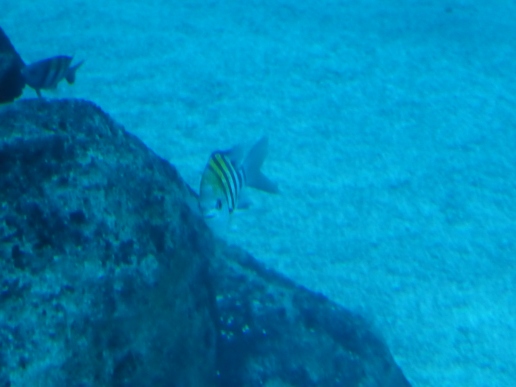 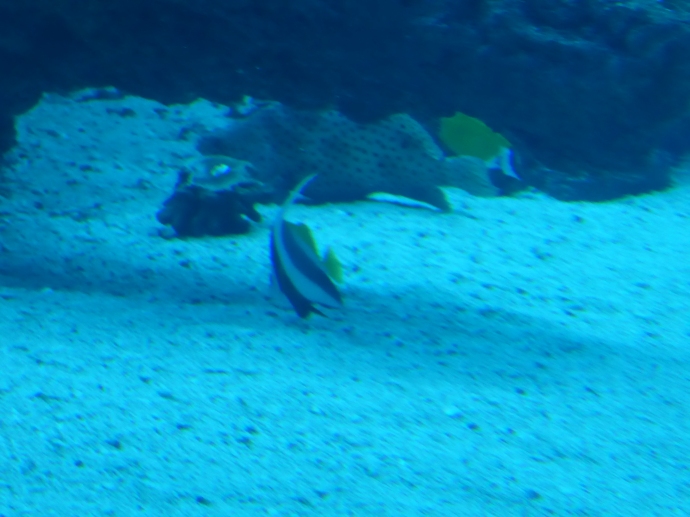 Before we realised it we had spent most of the day there, we figured out that if we went straight to the zoo (without having any lunch) we would make it an hour or so before closing which we decided would not be worth it. Instead we headed into town to get some lunch. We went to one of the famous hawker centres in Singapore, it was great we all had delicious food from different stands and were able to enjoy it together.

After we had eaten we made a quick stop at Bath and Body Works as we don’t have that chain in the uk and I am obsessed with the hand sanitiser from there, plus it comes in handy for traveling where you may not always have access to soap and water. I wish I could have bought some of the candles too, however with their weight I couldn’t really justify it since we were only about two months into our travels at the time.

In the evening we headed to the night safari. I hadn’t really heard much about the night safari before we arrived in Singapore, but it seemed to be highly recommended online and apparently by our host’s friends. As we arrived I saw that it must have quite the reputation, we had booked for a specific time slot but for that slot we still had to join a massive queue. There was some thing happening with fire up ahead but we couldn’t really see it from our perspective in the queue.

Once we got in we had the choice between some wildlife walks or going on the safari. We decided it would be best to just get on the safari first, although in hindsight it might have been better to do a walk first since we basically ended up in another queue for nearly half an hour which had pretty much disappeared by the time we got back.

When we eventually got on the safari it was a bit like a golf buggy train, the train made its way through different enclosures while giving a bit of a background to each animal. As is generally the case with zoos, some animals we could see fairly readily while some we could not, the unfortunate thing about being on the train meant that we couldn’t stand and wait till we could see something, and sometimes we just spotted an animal when the train decided to move on. We weren’t necessarily inside all of the enclosures either (nor would I have wanted to be with the tigers for example) so overall I think it would have been nicer to see on foot. I would have perhaps expected the animals to be a bit more active seeing that it was dark (and the whole point was that these were nocturnal animals) but they didn’t seem to be. The other side of it being dark and being on a moving vehicle meant that it was very hard to get photographs so all the ones I took came out blurry I am afraid.

After we got back from the safari we went on one of the two walks, which was much nicer as we could take our time and it seemed a lot less crowded. We saw some really cute and crazy otters, something that was related to a sloth, but way cuter and a bit faster moving, as well as a massive creature related to a crocodile which looked really scary in the dark. Unfortunately we didn’t see the fishing cat which the walk was named after but it was good anyway. 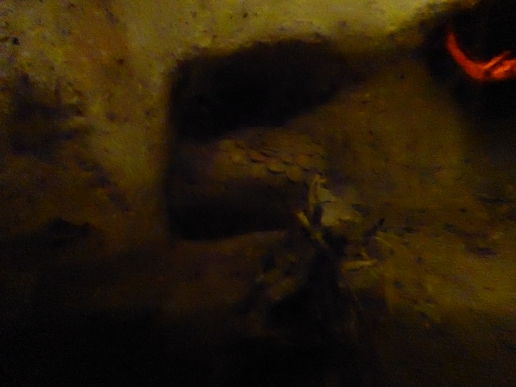 We then went on the other walk, this seemed to have a lot fewer animals around and a lot more decoration on the path including a fake cave. There were also a lot more creepy crawlies, which is fine, but not as interesting to me; I enjoyed the reptiles though. 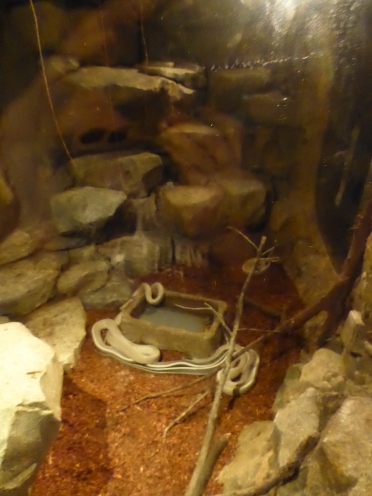 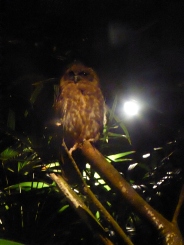 It was a good evening even if there had been a lot of queueing and we were all slightly concerned about the size of the enclosures, but perhaps that is because we are used to western standards of animal welfare.